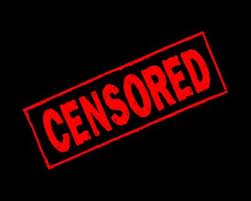 You have the right to know! Many will wonder why on earth is someone who chose to leave South Africa and start a new life in Israel is doing jumping on her soap box and giving her opinion about  the protection of State Information Bill that will be passed in South Africa on November 22nd.  (although it still needs to go to provincial level, then back to the president before being gazetted)

The sign of a healthy democracy is a free and open press. The role of the media is to shine a light on the dark corners of government corruption and expose any form of bad governance. The rule is simple. The government is answerable to the citizens of the country it governs. Hey, they put you there – and they can remove you! In a democracy, the citizens have a right to know if their rulers are dodgy and/or if they are doing things with valuable tax money that raises an eyebrow. South Africans fought long and hard for true democratic rule and can boast one of the most progressive Constitutions in the world. The passing of a law that disallows the criticism of the government and its institutions and muzzles the press not only makes a mockery of the tenets to which many hold dear but is tragic for a country that can boast the Freedom Charter as a yardstick for measuring human rights. Yesterday the ruling ANC cocked a giant snoot at the South African Constitution, her citizens – and the fight of many to end Apartheid. There is no great difference between the censoring of the press in the Apartheid era and now!

I feel compelled to add my voice to the growing outcry against this bill. November 22nd 2011 will go down in South African history as one of its darkest days. Even though I live in Israel I showed my solidarity – as did many of my South African, American, Israeli and other colleagues – for “Black Tuesday” by wearing something black. The concept of a free press is something to hold sacred. A free press tells us that we live in countries that allow us the freedom of expression. As someone who makes a living as a wordsmith, the idea of being silenced would be like losing one of my senses. Although many would agree that the idea of Rolene Marks finally shutting up may be a good thing! Two weeks ago I was the subject of a hate blog – it seems someone took exception to my contrary opinion to theirs. I say bring it on!!! I will protect YOUR right to disagree with me.

I have spent most of my life doing some kind of advocacy work for Israel. More often than not I have heard many people grumbling about the Israeli press. It is too left, too right, criticises the government too much, does not criticise enough. Today I am grateful for our media. I am often asked why the world media is so hostile against Israel. Although it is painful to see my country unfairly singled out for opprobrium, I am glad that we allow it – and that we can hold our own against the accusations that come. Criticising the government is the national sport of Israel and the old adage “two Jews, four opinions” is very true. Long may we enjoy this right!

South Africa, your people fought bravely to end Apartheid and institute freedom for all. Continue the fight to include the media in the category “ALL”! In the immortal words of a protestor in Cape Town yesterday (and my apologies to non-South Africans who may not get the joke)….JOU MA SE SECRECY BILL!

8 thoughts on “Crying for the beloved Country”