This post is currently featured in The Times of Israel:

South Africa’s Minister of International Relations, Maite Nkoana-Mashabane has insomnia. She also has a really sad case of myopia. Addressing supporters at the launch of the “Free Marwan Barghouti and other Palestinian Political Prisoners” campaign, an endeavour supported by BDS South Africa and its poster figures, former Robben Island Prisoner, Ahmed Kathrada and Archbishop Desmond Tutu (my how he loves to flog Israel at the expense of so many others who are suffering injustices), the Minister had this to say:

“The struggle of the people of Palestine is our struggle,” she declared.

South Africa on Friday criticized Israel’s plans, announced on Tuesday, to build at least  5,000 new settlement units including some beyond the security barrier, according to reports.

“That arrangement there in Palestine keeps us awake,” Nkoana-Mashabane said.

“The last time I looked at the map of Palestine, I could not go to sleep. It is just dots, smaller than those of the homelands, and that broke my heart,”” she said, referring to the Bantustans that existed in South Africa during the apartheid era.

She also said that “Tehran respects human rights”. Was she just abducted by aliens? 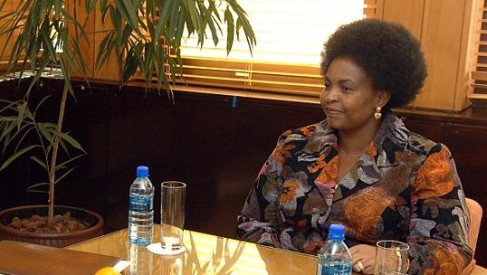 Perhaps the Minister is experiencing a memory lapse as well. She seems to have forgotten how many times Israel has sued for peace, offering our Palestinian neighbours more and more land for peace but have sadly been refused. And while we are talking about land and using struggle terminology, perhaps we should remind the Minister of Mahmoud Abbas’s statement that “Jews will not be allowed to live in a Palestinian State.”

Now far be it for me to accuse one of having double standards, but South Africa seems to be excelling at them lately. Last weekend the “Free Marwan Barhgouti and all Palestinian political prisoners” campaign was launched. Barghouti is touted as the Palestinian equivalent of Mandela. Except that Mandela did not kill five people in cold blood and extol murder against Jews. But then in a country where chants of “Shoot the Jew” are justified by saying that “the whole idea of anti-Semitism is blown out of proportion” can we really expect any kind of fair treatment or understanding towards the Jewish state? 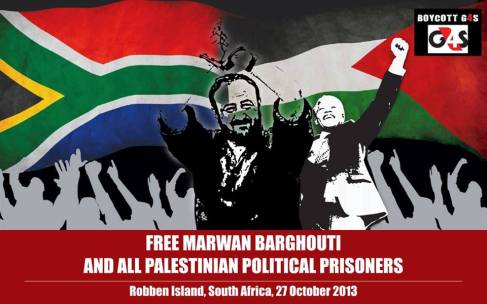 South African Ministers will not visit Israel. Okay so while we won’t lose any sleep over this, in the game of diplomatic chess, South Africa has removed all her valuable pieces that would enable the country to help broker a lasting peace. Blatant discrimination and accusations have put paid to that idea. Perhaps if ministers did have the opportunity to talk to ordinary Israelis and hear our side of the narrative they might like what they see…..

The irony of it all is that the average South African citizen stands to benefit far greater from Israel than the reverse. Israeli know-how and technology could help the beleaguered African state deals with chronic issues like water shortages, agricultural and medical needs. The average South African is also not concerned with what is happening in this neighbourhood – they are wondering why their government is pre-occupied with everything except the needs of their citizens.

I wonder if the Minister loses any sleep about the dire poverty, raping and killing of women and children, exorbitant crime and HIV statistics that are off the charts in South Africa. What about the rest of the continent?

Something tells me she doesn’t.

2 thoughts on “A sad case of myopia…”